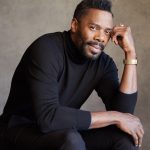 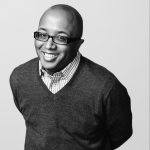 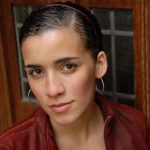 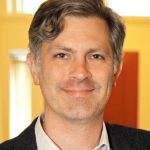 TSDCA (tsdca.org) and SDC (sdcweb.org) are pleased to announce their partnership in presenting Directors On Design, a panel of some of theatre’s top directors as they discuss how sound design and original music influences and integrates into their creative process.

This event will take place online on Monday, October 26th at 7pm EDT. Admission is free and will be open to the public, but you must register in advance in order to attend. A recording will be available for later viewing on TSDCA’s website.

To register, please go to https://tsdca.org/events/tsdca-sdc-directors-on-design and fill out the information requested. Call-in info will be emailed directly to all participants on the morning of the event.

SDC is the theatrical union that unites, empowers, and protects 4,300 professional Stage Directors and Choreographers throughout the United States. Our mission is to foster a national community of professional stage directors and choreographers by protecting the rights, health and livelihoods of all our Members; negotiating and enforcing employment agreements across a range of jurisdictions; facilitating the exchange of ideas, information and opportunities; and educating current and future generations about the critical role of directors and choreographers in leading the field. SDCweb.org

Colman Domingo is a Tony, Olivier, Drama Desk, and Drama League Award nominated actor, director, writer and produce. Colman has recently received his Honorary Doctorate in Humane Letters from Ursinus College. He is a Juilliard School Creative Associate and on faculty of the Yale School of Drama. He has starred in some of most profound films in recent years such as Barry Jenkins’ If Beale Street Could Talk, Steven Spielbergs’ Lincoln, Lee Daniel’s The Butler, Ava Duvernay’s Selma and Nate Parker’s Birth of a Nation. He stars in the upcoming films, Jordan Peele’s Candyman, Janicza Bravo’s Zola and George Wolfe’s Ma Rainey’s Black Bottom. He stars on AMC’s Fear the Walking Dead and guest stars on HBO’s Euphoria. He recurred on Steven Soderbergh’s The Knick. His plays and musicals include Dot (Samuel French), Wild with Happy (Dramatist Play Service) and A Boy and His Soul (Oberon Books), the Tony Award nominated  Broadway musical Summer: The Donna Summer Musical and Geffen Playhouse history making musical Light’s Out: Nat King Cole.  His work has been produced by The Public Theater, Vineyard, La Jolly Playhouse, Humana Festival of New American Plays, New York Stage and Film, A.C.T, The Tricycle Theater in London, Brisbane Powerhouse in Australia, among others. He is the recipient of a Lucille Lortel, Obie, Audelco and  GLAAD Award for his work.   His production company, Edith Productions, has a first look deal with AMC for which he is developing television, film, theater and animation projects. He is currently writing a new musical for The Young Vic in London and hosting his digital series, Bottomless Brunch at Colman’s which is now in its second season on AMC.com

Susan Stroman – A five-time Tony Award-winner, her work has been honored with Olivier, Drama Desk, Outer Critics Circle, Astaire, Lucille Lortel, and a record five Astaire Awards. Most notably she directed and choreographed The Producers, winner of a record-making 12 Tony Awards including Best Director and Best Choreography. For Lincoln Center Theater she co-created, directed and choreographed the groundbreaking musical Contact. She directed and choreographed The Scottsboro Boys, nominated for 12 Tony Awards and winner of London’s Evening Standard’s Award for Best Musical. Broadway credits include Crazy For You, Prince of Broadway, Bullets Over Broadway, Big Fish, Oklahoma!, Young Frankenstein, Thou Shalt Not, The Music Man, The Frogs, Show Boat, Big, Steel Pier. Off-Broadway credits include The Beast in the Jungle, Dot, Flora the Red Menace, And the World Goes ‘Round, Happiness, The Last Two People on Earth: An Apocalyptic Vaudeville. She directed and choreographed The Merry Widow for The Metropolitan Opera. Her work is represented in film and television and she has created ballets for New York City Ballet, Pacific Northwest Ballet, and Martha Graham.  Most recently, she directed and choreographed the Broadway bound Ahrens/Flaherty musical Marie. She is the recipient of the George Abbott Award for Lifetime Achievement in the American Theater and a member of the Theater Hall of Fame in New York City.

Patricia McGregor – Born in St. Croix, U.S. Virgin Islands, Patricia McGregor is a director and writer working in theater, TV/film and music. McGregor has twice been profiled by The New York Times for her direction of world premieres. Productions include Lights Out: Nat “King” Cole (co-writer and director, Geffen Playhouse, People’s Light); Sisters In Law (Wallis Annenberg) What You Are, A Midsummer Night’s Dream, Measure for Measure (The Old Globe);Skeleton Crew (Geffen Playhouse); Good Grief (Center Theater Group); Hamlet (The Public Theater); Place (BAM);The Parchman Hour (The Guthrie Theater); Ugly Lies the Bone (Roundabout Theatre Company); brownsville song… (Lincoln Center); Indomitable: James Brown (The Apollo); Holding It Down (Metropolitan Museum); A Raisin in the Sun, The Winter’s Tale, Spunk (California Shakespeare Theater); Adoration of the Old Woman (INTAR); Blood Dazzler (Harlem Stage); Four Electric Ghosts (The Kitchen) and the world premiere of Hurt Village (Signature Theatre Company). She served as Associate Director of Fela! on Broadway. For many years she has directed The 24-Hour Plays on Broadway. She served as director for HBO emerging writer’s showcase and tour consultant to Raphael Saadiq and J Cole. Her short film Good Grief will premiere this year. Additionally she was a directing shadow on HBO’s Lovecraft Country. She co-founded Angela’s Pulse with her sister, choreographer, and organizer Paloma McGregor, and sits on the advisory board of Adam Driver’s Arts In the Armed Forces and the Parent Artist Advocacy League. McGregor attended the Yale School of Drama, where she was a Paul & Daisy Soros Fellow and Artistic Director of the Yale Cabaret.

John Collins founded Elevator Repair Service in 1991. Since then, he has directed or co-directed all of the company’s productions while also serving as the company’s Artistic Director. ERS productions directed by John include Cab Legs (1997), Room Tone (2002), Gatz (2006), The Select (2011), Arguendo (2013), and fifteen others. The company’s work, under his direction, has been seen in over a dozen countries as well as in cities across the U.S. John is an experienced sound designer and has worked for Richard Foreman, Target Margin Theater, and others. He worked as a designer and technician for The Wooster Group from 1993 until 2008.  Current projects include Baldwin and Buckley at Cambridge, a new adaptation of Chekhov’s The Seagull, and a new project based on James Joyce’s Ulysses. He is the recipient of a Guggenheim Fellowship, a United States Artists Fellowship, and a Doris Duke Performing Artist Award.